The Senior Primary Care Manager for Primary Care – Optometry and Pharmacy at the Greater Manchester Health and Social Care Partnership (GMHSCP) was successful in submitting a bid to the Pharmacy Integration Fund for a pilot site in GM for the Smoking Cessation Transfer of Care service, which is one of the priorities confirmed by PSNC in the 5-year Community Pharmacy Contractual Framework announced in 2019.

CHL had previously supported GMHSCP with an NHS pilot in 2019 involving 9 community pharmacies in Bury and was impressed by the work delivered by CHL, and this experience, along with the excellent working relationship between CHL and GMHSCP primary care team, ensured that CHL was approached by GMHSCP to provide support for the SCTC pilot.

GMHSCP had commissioned CHL to provide clinical input and advice into the development of the service, specification, patient referral pathways and to support the development and delivery of a phased implementation of the service. NHSE&I, through the Pharmacy Integration Fund (PhIF), commissioned Midlands and Lancashire CSU to provide overarching project support to the SCTC pilot, which has sites in GM, London and Nottingham, and the CSU lead worked closely with Alison at CHL. GM took take the lead in setting up and implementing the first of the pilot sites across England, in Oldham. CHL managed an EOI process to identify the pharmacy contractors to participate in the service, arranged and supported delivery of community pharmacy training, supported site set-up and then continued to provide ongoing support for the pharmacy providers once the service was live, participating as a core member of the project steering group and also actively supporting the evaluation of the pilot.

Work commenced in August 2020, with the first pharmacies receiving referrals in December 2020; the pilot has recently been extended to run through until January 2022. The PhIF lead for the pilot, and Midlands and Lancs CSU lead are both highly complementary about the role CHL has played in the pilot to date, recognising the responsive and flexible approach to implementation and acknowledging the progress made in Oldham compared to other pilot sites which are somewhat delayed.

To read a brief testimonial about this work please click here. 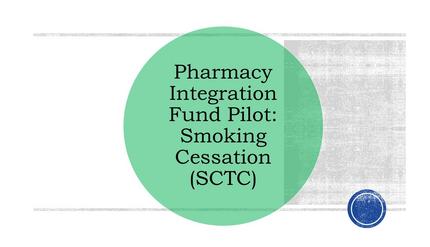